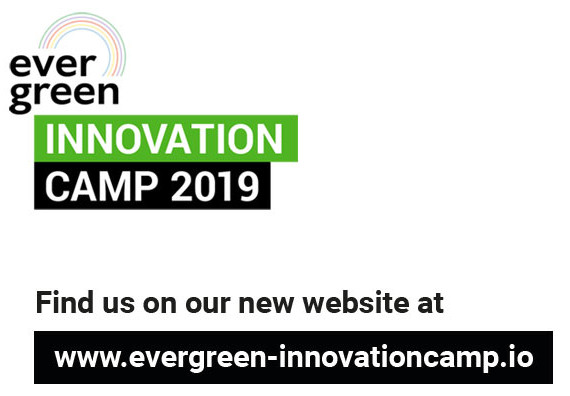 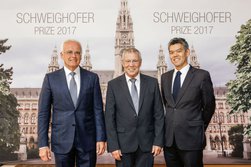 The collaboration between Hermann Blumer and Shigeru Ban keeps yielding results, while continuing to inspire. Their Joint projects include the intricate support structure for the Yeoju Golf Club in South Korea and the structural system of the Tamedia building in Zurich made entirely of wood. Currently, they are working together on renovating the Swatch company Headquarters in Biel. Other joint Projects include the Haesley Nine Bridges Golf Club House in
South Korea in 2010, the Centre Pompidou in Metz,France in 2010, the Aspen Art Museum, in Colorado, USA 2014 and the Team 7 World, in Ried im Innkreis, Austria, which is currently under construction. Swiss-born Hermann Blumer, started off studying carpentry, before receiving a degree in engineering at ETH Zurich. After working as an academic assistant to the chair of the timber construction department at the University of Karlsruhe, Blumer spent numerous years as Managing director and owner at Blumer AG, his fathers business. In 2003, he founded Création Holz and has been an honorary professor at FH Aachen since 2016. Hermann Blumer seeks and finds innovative solutions, new connection models and components for timber construction, ranging from large, globally significant projects to local construction projects.
Shigeru Ban began his career studying at the Tokyo University of the Arts and then studied at the Southern California Institute of Architecture. He went on to attend the Coopers Unions School of Architecture in New York City. Bans groundbreaking structures are characterised by holistic aesthetic concepts and ecological awareness. His works include social projects, such as emergency shelters in regions hit by catastrophe. 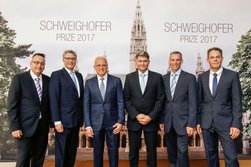 Erne Holbau Portalroboter is Europes largest robotics plant for the manufacture of highly complex components for timber construction. The installation comprises seven axles and a flexible tool changing head allowing the use of various tools for additive component manufacture. Similar to a 3D printer, the installation can process, cut, join and attach a variety of components. An essential aspect of the project is the parametric function, which is a type of statistical calculation and enables the link up to the robotic functionality. This means that in the event of a system modification, all relevant data for the manufacture of a given component are generated automatically. This is currently being researched in a second project, as are the parametric models for façade technologies and simple system constructions, such as modular constructions. Through constructions supported with parametrics and robotics, new buildings can be created with optimised materials and employ suitable types of wood as the availability of exact material specifications in a database enables the computer to create drafts in accordance to the requirements. This is one of the strengths of wood construction, and has a positive effect on both diversity and image. 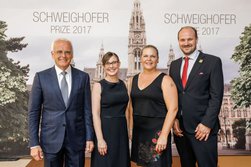 Prowood is an interdisciplinary, Swedish doctoral Programme in close collaboration between industry and academia. The major, long-term project supports research-based innovation and increases the competitiveness of the timber industry. ProWood began in 2014 with six doctoral students and a second group of ten will begin later this year. Participating partners include Jönköping University, Linnaeus University, Träcentrum and several companies from the timber industry. The focus of this commitment is the personal and professional development of young individuals with regard to the timber indust-ry as a top performer in the future. It also focuses on the competition of the best minds for the timber industry.
Students are accompanied by tutors from both the industry and university. The primary focus lies on the realisation of products with a practical application in the industry and comprises the entire process, from conception to implementation. Thus far, 18 scientific articles have beenpublished.The Programme was developed by Kristina Säfsten from
the School of Engineering at Jönköping University in Sweden along with
the Department of Forestry and Wood Technology at Linnaeus University. 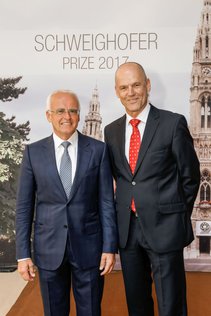 In sawmills, saw blades are subjected to great amounts of strain, including moisture in timber and blade sharpness, height, thickness and feed rates. These can cause saw blades to begin oscillating at their natural frequency, leading to increased heat caused by friction in the cutting kerf and imprecise cuts and scraps. CSM Heartbeat detects oscillations caused by overstrain by using sonic measurement through adapted measuring microphones, specialised measuring electronics and a software programme. It then sends a signal to the saw control, which then reduces the feed rate by approximately 30 per cent for 1-2 seconds. With CSM Heartbeat, unplanned production downtimes caused by saw-blade issues are reduced by 50 per cent, feed rates are increased by up to 35 per cent and saw blade thickness can be reduced by up to 30 per cent. Furthermore, exact times for changing saw blades can be predefined. Cutting equipment costs are thereby reduced by up to 60 per cent. All relevant measuring data are saved to industrial-suited PCs, and the monitoring data may be accessed at any time. Furthermore, the technology may be retrofitted to older plants. 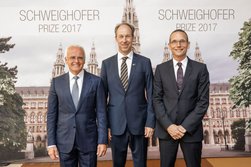 Lorry drivers use GPS devices to find the best way to get from point A to point B. Typically that means the shortest or fastest route. For most people, thats enough. But for drivers in the timber industry, such devices often suggest unsuitable routes or do not find any at all. The Calibrated Route Finder provides alternatives for finding routes for lorries transporting timber and forest biomass. In such cases, the fastest route is not always the best, as distance, routing time, road quality, as well as stressful situations and road safety, are all significant factors. With this in mind, in Sweden, over 1500 key routes, have been defined hat take into account economical, social, ecological and traffic safety factors. Curvy roads and mountainous terrain are both avoided in the process. Over 100 companies, including every major Swedish timber firm, employ the Calibrated Route Finder; current market penetration is at 60 percent. Essential to its success is that all stakeholders across the value chain view the system as fair, standardised and transparent. The Calibrated Road Finder was developed by Mikael Rönnqvist, at the Skogforsk Forestry Research Institute of Sweden, currently at Université Laval, Quebec.